VAMOS! Accolade enters Spain and opens an attractive market in south-western Europe with strategic projects in Valencia and Vitoria.

After the very successful development of infrastructure for modern business in Central Europe, the Accolade Group is heading to the south-west of Europe. The company will invest in modern and environmentally friendly industrial buildings in Spain. Accolade enters the market with two locations, which form a great basis for further portfolio growth in one of the fastest-growing logistics and warehousing markets on the old continent. The value of projects in Valencia and Vitoria with an area of approx. 53,000 m2 will exceed EUR 47.5 million. 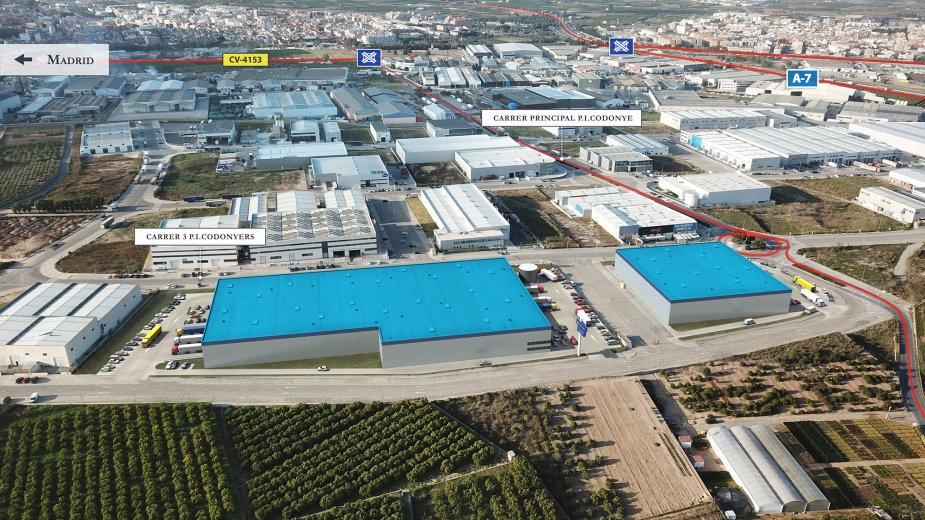 “Spain is not just sunny beaches and summer holidays. It is often forgotten that it is the second-largest country in the European Union and also the EU's fifth largest and stable market. The strategic location of the new parks played a crucial role for us. Both Valencia and Vitoria are areas we can already consider the centers of logistics and modern industry. They benefit from their location on the route of two major European corridors. The readiness and determination of local municipalities to invest in the modernization of business premises also played an important role in our decision-making, as did the demand for high-tech and ecological class halls, which now significantly exceeds supply in Spain," says Milan Kratina, CEO of Accolade.

The first project with a total area of 33,000 sq m is located in an industrial zone on the west side of the Basque capital, Vitoria-Gasteiz. Vitoria, like the whole Basque Country, lies on the route of the so-called Atlantic Corridor, and by many, the region is considered a trade gateway to Western Europe. The Basque Country is one of the richest and most developed areas not only in Spain but also in the EU as a whole. In a small space is concentrated 80% of the machinery industry and 45% of the country's automotive industry, and some important Spanish trade associations also have their headquarters here. With an economic strength equal to the Serbian GDP, the region is already considered one of the pillars of European industry. Future tenants will be able to take advantage of Vitoria cargo airport, a port in Basque Bilbao with excellent connections to the UK and USA, proximity to key cities in northern Spain and France, as well as plenty of skilled workers coming to Vitoria from all over Spain.

The second investment goes to Valencia, Spain's third-largest city and a region equal in GDP to Ukraine's economy. The city, located in the middle of the so-called Mediterranean corridor, has been an important logistics area for many years. The important role here is played by the fourth largest European port, which is referred to as the gateway to Latin America and North Africa. In the first phase, the Czech investor will add another 20,000 sq m to the three million sq m of logistics space. In addition to the port, future tenants of the complex on the south side of the city will also be able to benefit from the proximity of important roads, the cargo airport, and the fact that 30% of the Spanish market is within reach in less than three hours.

"Locals have a clear idea of where they want to move the industry. Primary for them are investments in the modernization of the entire area with a strong emphasis on a gentle approach to the world around us and the innovative side of projects. After all, according to the ranking of the International Federation of Robotics, Spain is already among the TOP 3 countries in Europe in terms of automation and digitization. The values, thanks to which we have built one of the most technologically advanced and greenest portfolios of industrial halls in Europe, directly meet the ideal idea of local municipalities. Investments in a sustainable future are very supportive of business and their approach to foreign investors is top-notch. At the same time, domestic and foreign companies are aware that the halls in which they now operate were mostly built in the period before the crisis in 2008. We feel not only support from local institutions but also demand from large players in the logistics and e-commerce scene in Spain,” adds Kratina.