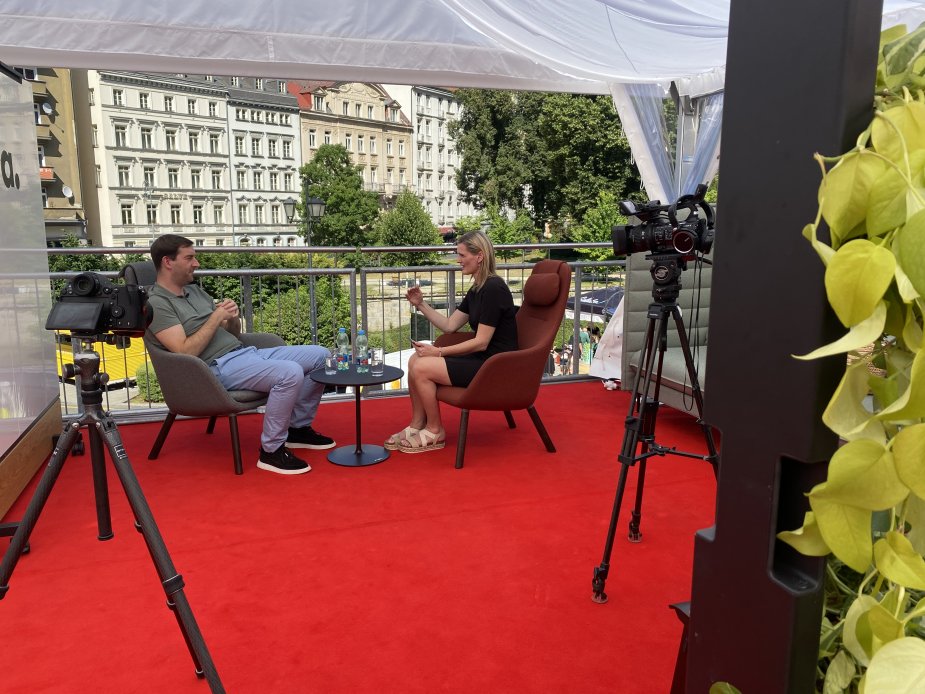 Sustainability, regional potential, job creation, business trends and current affairs. All this and more was discussed by our CEO Milan Kratina in a business interview for Seznam Zprávy, which took place in a relaxed festival mood in our "green" lounge at the Karlovy Vary IFF, of which we were a partner this year. Accolade is convinced that the Karlovy Vary Region is a top up-and-coming region in terms business opportunities. “The Karlovy Vary Region suffers from the fact that it is called the Karlovy Vary Region. It should be called the West Bohemian Region. It is shaped like an arrow pointing to Germany. It is a region for the future, although for a long time, it did not have the confidence to market itself as one of the best places for investment in Europe, either to manufacturers or suppliers,” says Kratina, adding that Accolade’s investment in the region will double the current area of its industrial zone near Cheb and its park on the site of a former engineering works.