Greenest and friendliest industrial building of the year now built in Cheb. It even has a lizard refuge

The most recent building in the Cheb Industrial Park is the fifth greenest industrial building ever built in the new EU member countries and, at the same time, it is the eco-friendliest building this year. The Estée Lauder Cosmetics Distribution Centre, housed in the building and operated by DHL, has been awarded the widely recognised BREEAM certification at the “Excellent” level. BREEAM assesses how friendly an operation is to the environment and also, for example, to employees. Investment to finance the construction of the building was provided by the Accolade Group and the construction was carried out by the developer Panattoni Europe. Space in the property is leased from Accolade by DHL on a long-term basis. 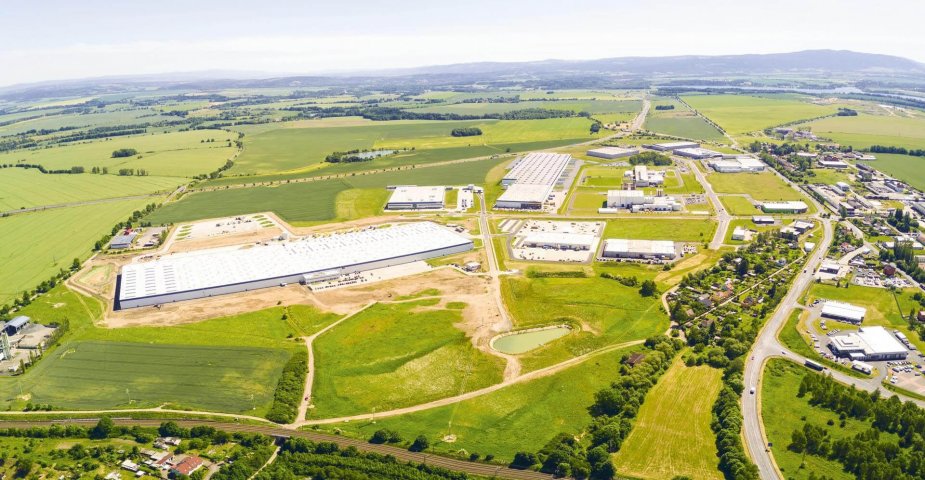 “All new buildings constructed for Accolade are designed to meet the ‘Very Good’ or higher BREEAM rating. As for DHL, we were able, upon agreeing with the tenant on the method of operation of the distribution centre, to achieve the unique BREEAM ‘Excellent’ certification, which means that the building meets exceptionally high environmental standards and, at the same time, has low operating costs,” says Milan Kratina, Accolade’s CEO and co-owner.

“For example, there are sensors that regulate LED lighting devices to respond to the daylight intensity or to dim the lighting where there is no movement at the moment. The building is equipped with special fire prevention features because of the volatile substances used in cosmetics,” explains Jiří Stránský, Accolade’s Head of Land Development.

“The building is green outside, too. One example for all: there is a lizard sanctuary – a place for lizards to bask in the sun and mate – shaped as the ribbon representing breast cancer awareness,” adds Martina Životová of Accolade’s Development Department.

In addition, the Estée Lauder cosmetics distribution centre has an outstanding per-cent rating within the “Excellent” certification class, just one little step below the top rating level. For example, it scores an impressive 100 per-cent on waste handling; it also has an outstanding rating for emission levels and has good results in caring for water.

The construction of the Estée Lauder cosmetics distribution centre for DHL in the Cheb industrial park began in mid-2017. The new building is directly connected to the already existing service and logistics centre of the Sky Deutschland television, which is also operated by DHL. Thus DHL, a division of Deutsche Post DHL, already holds on lease almost 50,000 sq. m in Cheb. The value of the entire building is around CZK 800 million.

Currently Accolade owns three leasable buildings for light industries and logistics in Cheb. These buildings are leased to Tchibo, operating there a distribution centre (the largest in Europe) for its online shop, to BWI, which makes car suspension parts, and DHL.