Over the past year, the Accolade Group invested CZK 1.7 billion in the development of the Cheb industrial zone. CZK 1.7 billion will be the value of Accolade’s three buildings, once the second part of the hall built for Tchibo is completed. According to the Industrial Research Forum, the first part of the Tchibo hall alone was the largest industrial edifice newly erected in the Czech Republic in the last quarter of 2016. Accolade owns three buildings in the Panattoni Park in Cheb. The tenants include Tchibo, DHL and BWI. All the three buildings are fully occupied and the area used by the clients is more than 100,000 square metres, which is two and a half more than the area of the Wenceslas Square in Prague. UniCredit Bank provided a loan of CZK 1.2 billion for the financing of the construction. 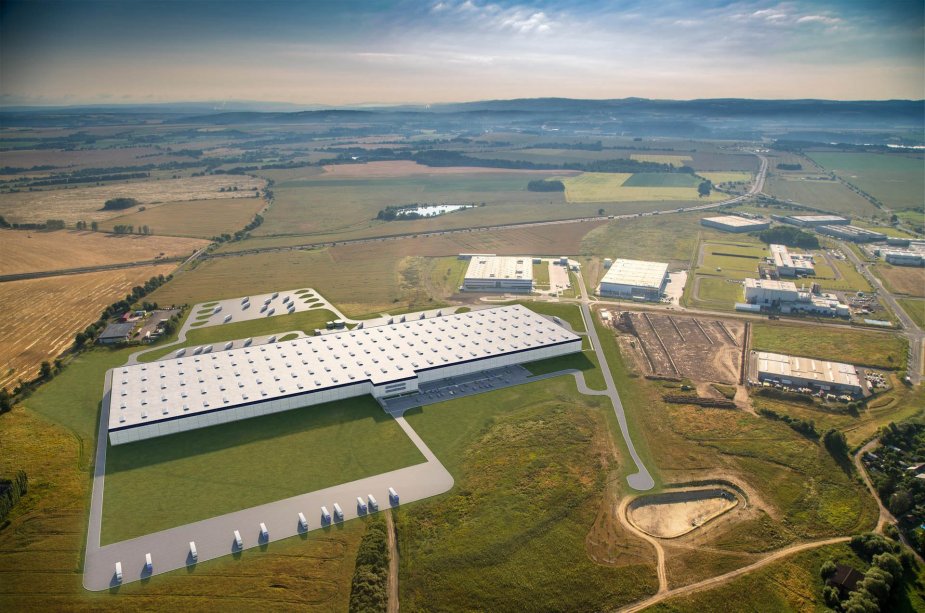 “The industrial zone has enough room for an additional hundred thousand or so square metres in light industry and logistics buildings. We are able to deliver such buildings to new tenants in half a year after signing the future lease agreement,” says Milan Kratina, CEO of the Accolade Group. “If we succeed to complete the expansion of the industrial zone, we’ll gain additional space of 85,000 square metres for another building. Thus, on the whole, the Cheb Zone can offer space worth three billion crowns. As a result, the zone in Cheb will develop into one of the largest industrial zones in Central Europe”, adds Kratina.

The Accolade Group cooperates closely with Panattoni Europe, which specialises in industrial development. Accolade finances construction for Panattoni, and once a building is completed, Accolade takes it over as owner. “Panattoni Park Cheb is one of the most successful industrial zones in the Czech Republic. It owes its success to its advantageous location, reliable employees in the region and outstanding support from the city,” says Pavel Sovička, Panattoni Europe Managing Director for Czech Republic and Slovakia. “The Zone’s quality has been confirmed by a number of awards received over the last few months, including the Best Industrial Park of the Czech Republic Award in the most prestigious CIJ Awards competition,” adds Sovička.

The UniCredit Bank participates in the financing of Accolade’s activities in Cheb. Accolade obtained a loan of EUR 44.1 million (around CZK 1.2 billion) from the UniCredit Bank to finance buildings both in Cheb and in other places. “The Accolade Group is able to deliver outstanding property projects to the market on a long-term basis. Working together, we can encourage business development in the Karlovy Vary Region and in Central Bohemia,” says Tomáš Procházka, Property Funding Manager at UniCredit Bank.

The tenants that lease space for their business from Accolade in Cheb include the BWI Group, which is one of the major auto braking system manufacturers; DHL, which provides logistics and servicing for the Sky Deutschland satellite television facilities; and Tchibo, traditionally a coffee shop chain, which is currently one of the largest online clothing sellers. Tchibo primarily uses Cheb as a base to support its e-shop operations.

Two of the new industrial buildings are already owned by Accolade’s qualifying investors fund, which takes over, primarily from the Accolade Group, completed buildings with current lease agreements. The latest – and largest – building in the Park, which is held on lease by Tchibo, is expected to become property of the Fund at the beginning of this year.

Towards the end of 2016, the Panattoni Park won a number of prestigious awards. In the CIJ Awards competition it was named Best Industrial Zone of the Czech Republic with Panattoni Europe as the Best Developer, and the building for Tchibo won a CIJ Award as the Best Logistics Building of the Year. In the eighteenth Best of Realty annual competition, the hall built for BWI was ranked as the third best in the warehousing and industrial premises category built over the last 12 months.