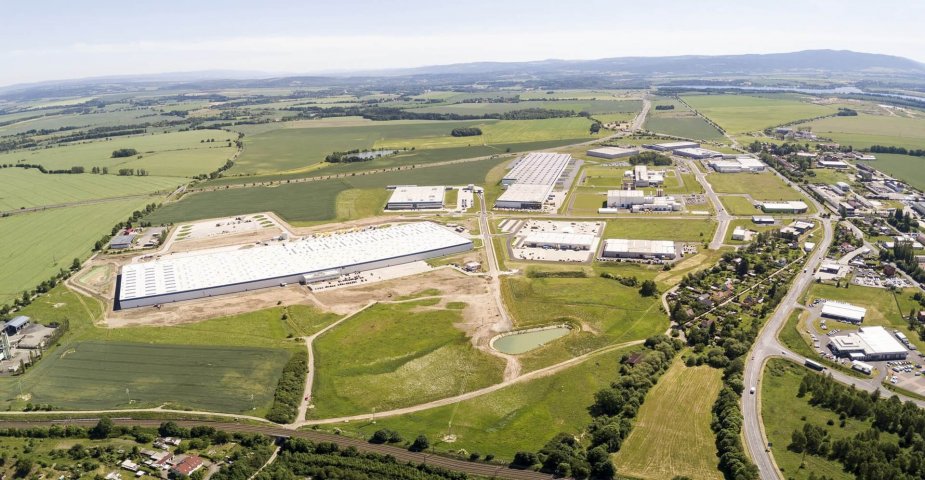 “The value of the properties that are built for us to rent them out to the tenants with whom we have agreed on future lease is around 1.8 billion crowns,” says Milan Kratina, CEO and co-owner of Accolade. “And the properties we delivered for use to tenants in the same period last year had a total worth of 1.6 billion crowns,” adds Kratina.

“The industrial park in Szczecin grew most quickly in the first quarter. We signed new lease agreements there for 41,500 sq. metres and delivered 33,500 sq. metres for use”, continues Kratina. “The site we help to redevelop in Szczecin is a former factory where Messerschmitt fighter aircraft were made during World War II and cables during the socialist era. We expect this site to grow into one of our largest industrial parks within several years, and most probably also to become one of the largest manufacturing and logistic parks in Europe,” adds Kratina.

“Although with such a large area DHL is currently our biggest client, the area it will hold represents just somewhat more than 10 % of our property portfolio. This indicates that we are able to maintain a well-balanced spectrum of tenants, far from depending on a few dominant clients or segments,” points out Milan Kratina, and he adds that about a third of Accolade’s current clients are manufacturing companies, another third are logistic companies, and the remaining third are involved in ecommerce.

The Accolade Group currently operates in 25 industrial parks in the Czech Republic and Poland. The total area of its rental buildings (both completed and under construction), is about 750,000 sq. metres. The largest tenants include DHL, KION or Tchibo.