A Czech testing and certification facility for cars with autonomous driving capabilities is to be completed by 2022 near Stříbro in western Bohemia. It is being prepared by the Czech investment group Accolade, which plans to spend several billion crowns to build it. The proving grounds will attract leading European and global car developers to the Czech Republic. 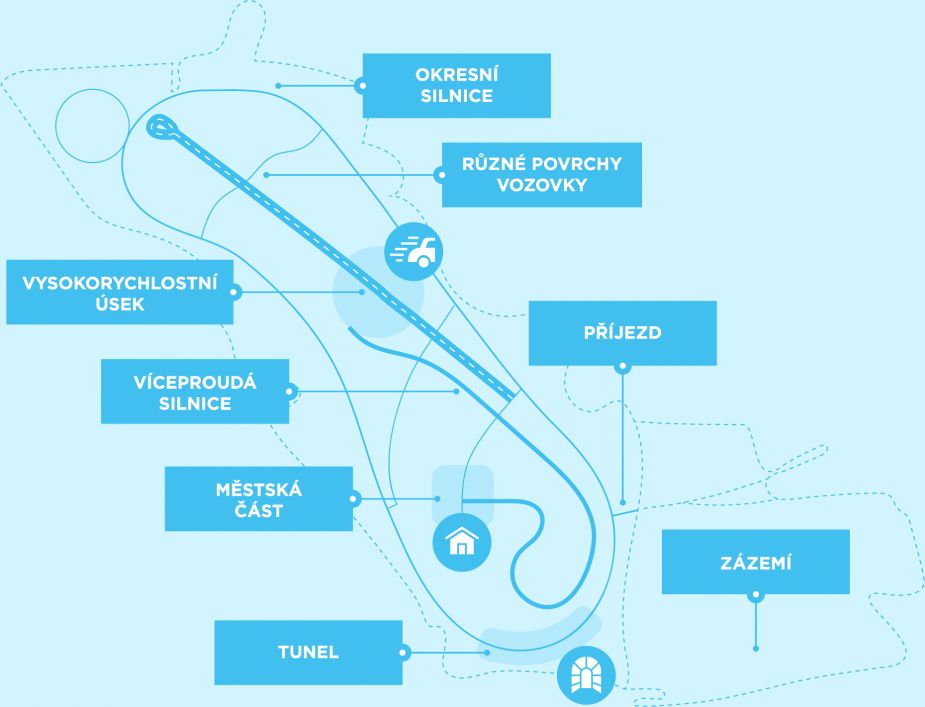 “In a worldwide comparison, the Czech Republic is somewhat behind with preparing for transition to cars with autonomic driving features. A number of more or less advanced testing grounds are operating in countries west of us, and one is being built if we look in the opposite direction. This may cost us dearly in a very near future: talent flight, less money for research and development, and, in the long run, less capital in production, in favour of better equipped countries. Accolade wants to prevent this,” says Milan Kratina, Accolade Group’s CEO.

The proving grounds will make it possible to test all traffic situations, including the European ones. “The testing facilities that are currently operating are able mainly to simulate situations in the right-angled cities such as New York. Systems tested under such conditions are then totally confused in the twisting streets of the Old Town in Prague, in Lisbon or in the centre of Rome. But we will be able to create such conditions at Stříbro,” explains Kratina. Besides historic city streets, the facility will be able to simulate traffic on motorways, primary roads, country roads or in tunnels.

“The Proving Grounds will be an R&D centre of excellence. It will attract the best automotive developers from all over Europe. During the preparation phase, we’ll contact technical universities in the Czech Republic and Germany and, in particular, we want to cooperate with private development centres. Of course, we would very much like to welcome support from the city and region, because the facility will greatly encourage the development of Stříbro, the Pilsen Region and the entire country,” adds Kratina

“The Accolade Group invests in the construction of the business infrastructure in Central Europe, especially the construction of buildings for lease in industrial parks. The self-driving car testing facility pushes us further towards investments in research and development,” explains Kratina.

The ‘Accolade Polygon’ will be prepared for the testing of technologies that will be commonly available in both the near and more distant future.  For example, it will be able to check the continuous inter-car communication on roads as well as in the built-up urban environment, including also communication with the elements of urban infrastructure. It will of course also be possible to use the facility for improving the existing assistance technologies, which are already commonly available, such as the reading of road signs, adaptive cruise control, detection of obstacles on road etc. The purpose is to contribute to the development of entirely autonomous cars, capable of driving without human intervention.